Making a World of Difference through Holistic Healing 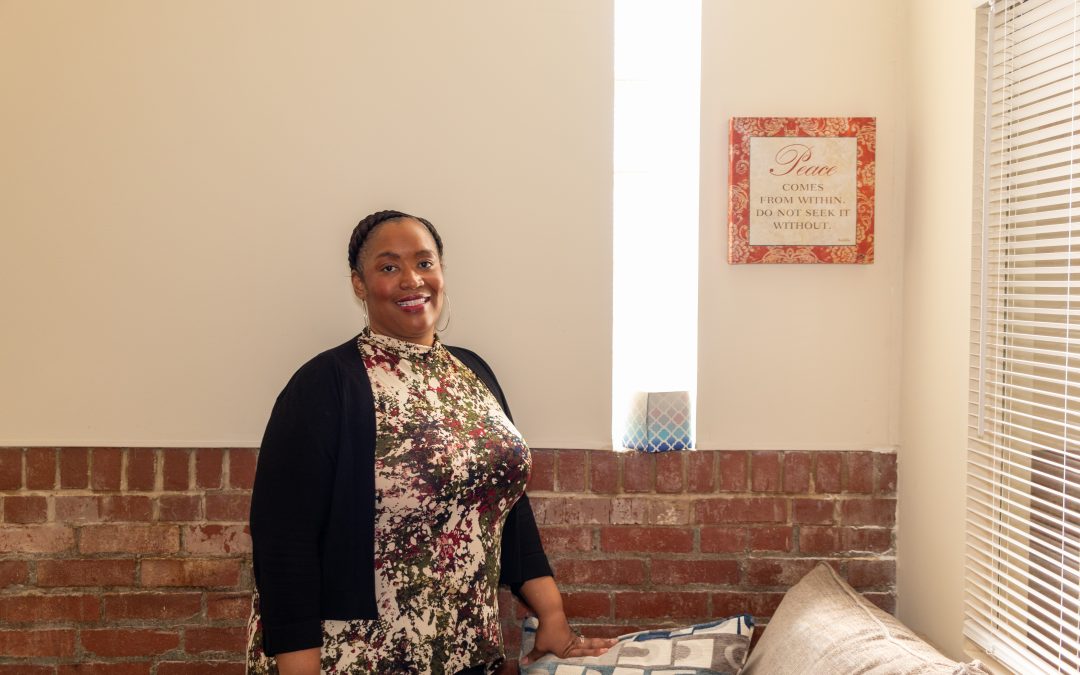 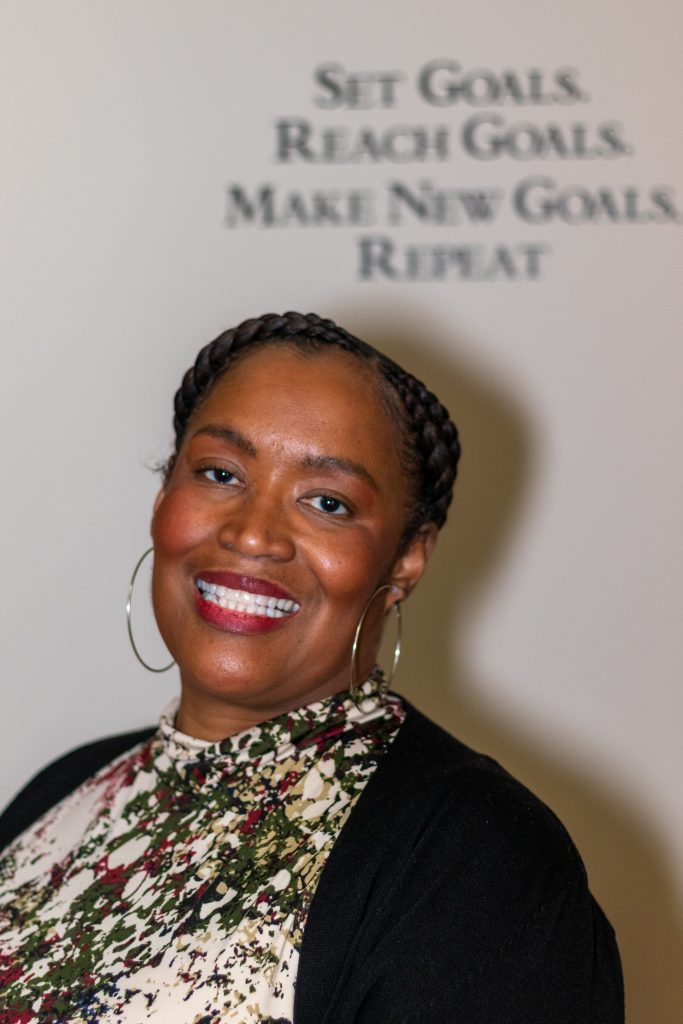 Joyce Moya earned a Bachelor of Science in Criminal Justice from The University of Scranton and then went on to earn her Masters of Social Work from Bryn Mawr College. Shortly after, she obtained her Masters of Law & Social Policy from Bryn Mawr College. Joyce is a Licensed Clinical Social Worker in the state of Virginia and a certified International Life Coach. Though she is compassionate, a great listener and highly educated, she did not always envision herself in this career path.

Joyce previously wanted to be in the navy and attend law school. With several family members in the military, she grew up spending a lot of time on the base. Shortly after Joyce got home from college graduation her mother said, “Guess what?! I got you a job as a social worker. You start July 7.” After about a year of working, she realized she was good at social work, but knew she couldn’t move forward without a graduate degree, which is why she decided to further her education.

A Passion for Social Work Begins 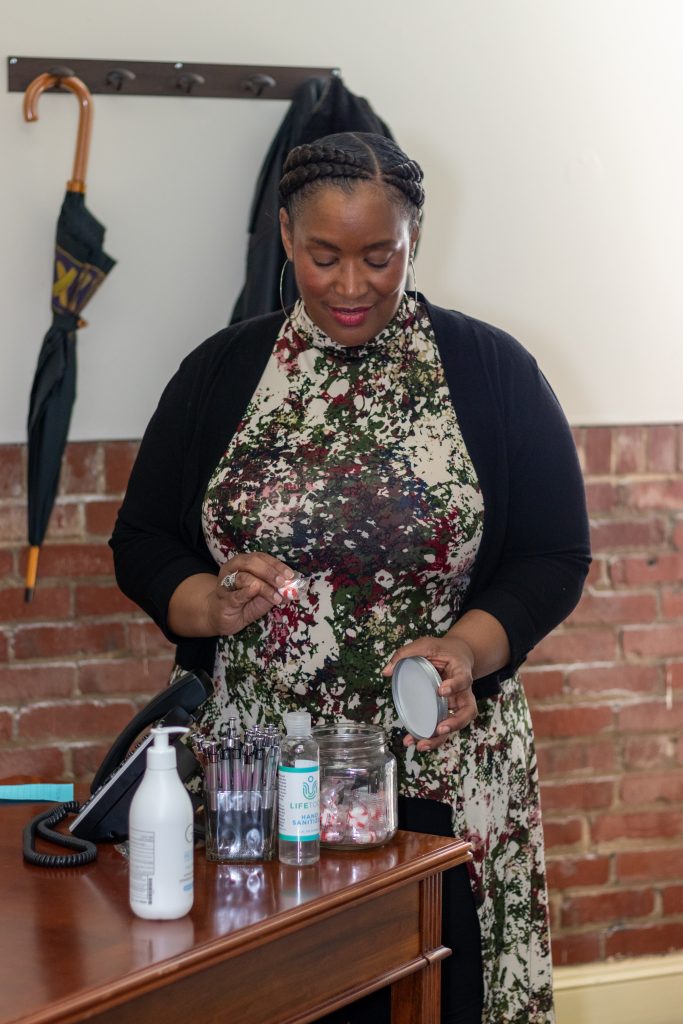 Right after graduate school Joyce worked for a non-profit in Philadelphia, as a child advocate. She then moved to New Jersey and worked in a primary school as a social worker. Around 2005, there was a round of layoffs and Joyce had time to reassess what she wanted to do. She decided now was the time to chase her dreams. She had always wanted to move out west and work with Native Americans. She kept applying for jobs and eventually was offered a job in New Mexico. Joyce began working as a social worker on a Pueblo in New Mexico and though she loved the people she met, the work wasn’t exactly the right fit for her. At that point, she traveled around New Mexico and began working on helping Native Americans in her area gain access to quality, affordable mental health care.

Joyce began learning more and more about Native American culture while spending a lot of time on reservations. She built strong relationships so she knew she didn’t want to go back to her previous social work job because that would feel too caged-in.

An Advocate for Military Families 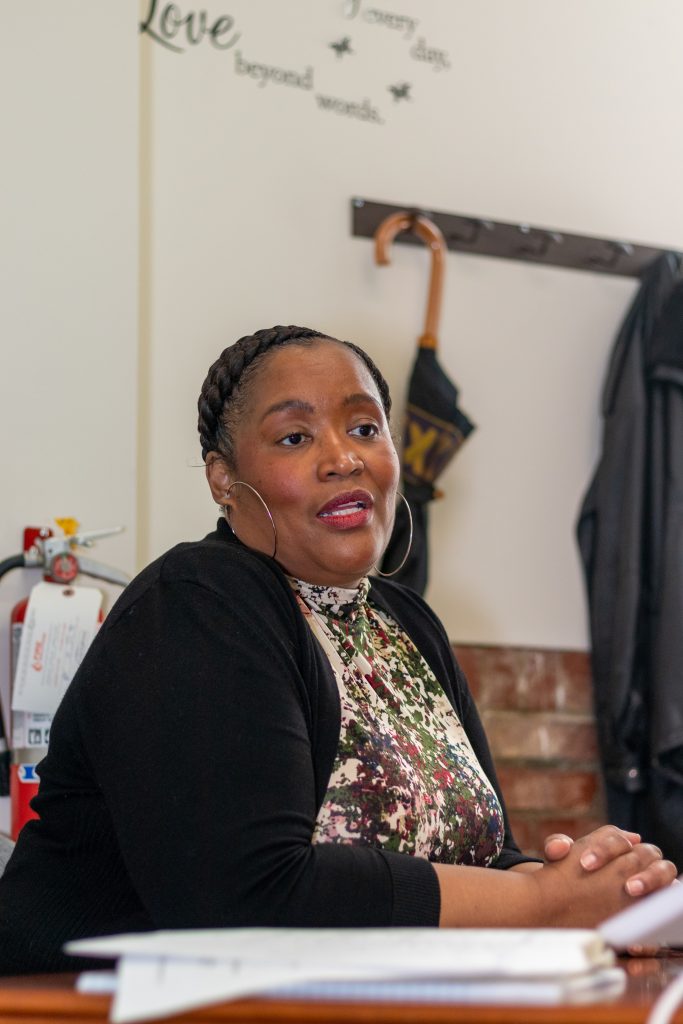 Because of her experience with the military, and her uncle working on base, Joyce became interested in working with servicemen and servicewomen returning from deployment. She would talk to people right off the battlefield. “They still had their AK-47s and smelled like gasoline and sand,” Joyce told us. She would talk to them while they turned in their weapons and had downtime. In 2008, she began applying for every social worker job in the military. The program ‘Military and Family Life Counselors’ was just starting up for contracted social workers to do undocumented counseling with military members to help them integrate back into civilian life and prepare for deployment. During this time she began working for a pilot program helping nurses understand how to talk to patients holistically about diagnoses. At this time, Joyce became increasingly more passionate about a holistic approach to health. She was in charge of over 100 nurses from New York to Maine, but it was a completely virtual job. She would do networking, training and get on calls with nurses and their patients.

Once Joyce met her now-husband, they relocated to Florida. In 2014, she got a call asking if she wanted to go to Key West to be a naval air station Military Family life Counselor. Because her husband is a chef and could easily relocate, Joyce took the offer! She then spent three years working on base in Key West. During this time, she worked with the kids in school and saw, even more, how military life affects the family. Something significant about Joyce is that she doesn’t judge or ostracize because she grew up around the military and knew the nature of the beast. They only allowed social workers to stay three years in this program, so once her time was up, she and her husband decided to move closer to her parents in Virginia. Unfortunately, during this time Joyce found out her dad had cancer associated with his time in the Korean war. She found out her dad was a very honored and awarded veteran, though he didn’t boast about it. Because of all of Joyce’s experiences in social work, she realized her father had suffered from PTSD, which wasn’t as diagnosable then as it is now. This drives Joyce’s passion for helping military servicemembers and their families even more.

Joyce’s husband had the idea that she should open up her own clinic, because he recognized how great she is at what she does. So in 2017, Hozho Behavioral Health and Life Coaching Services, PLLC came to life. Now 90% of her practice is military members and 70% of them are female. Joyce told us, “Everyday is a joy. The positivity I got from working on the base, the positivity I received by volunteering and working with the VA for my dad, I get that everyday.”

“I Really Enjoy What I Do.” 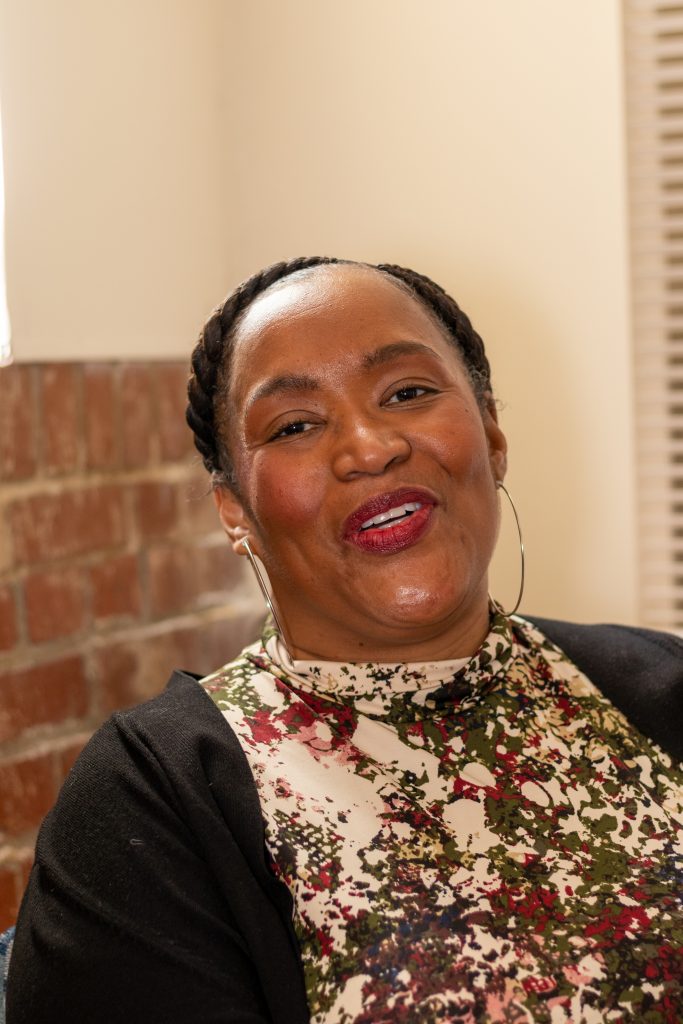 Joyce’s style is very different from a lot of clinicians. She takes a holistic approach and really tries to help her patients understand themselves and the steps they should be taking to move forward. Joyce started a free ‘Women of Courage’ group that meets once a month at her office. Any woman that is affiliated with the military in any way is welcomed with open arms. She hopes it turns into a mentoring program and tells us there is a lot they can teach the younger girls who are out on the base or with the fleet. “Growing up as a military youth is completely different. You move every 3 years. You learn responsibility real fast. Your perspective is completely different from the average high school 17-year-old,” Joyce said. She has a few graduate students working with her at her practice and also her 3-year old Siberian husky, Havana, who she is hoping to train as a therapy dog. Havana interacts with a lot of the patients in a really positive way. Joyce says she has a couple of veteran patients who get very emotional and Havana will get out of her kennel and lick them and put her paw up on their leg and it helps them to feel better.  Joyce’s goal is to eventually open a free-standing holistic practice with an organic garden, meditation, reiki, yoga, animals, etc.

“My practice is holistic. Hozho means to have peace, balance, beauty and harmony. To be at one with and a part of the world around you. Accepting you and not having to conform to things that you don’t value. To always see beauty in the world.” -Joyce Moya.

Visit Hozho Behavioral Health and LIfe Coaching Service’s website to find out more about the services they offer, and the amazing work Joyce is doing to help military families.

To find out how your business can benefit from FreshLime just like Hozho Behavioral Health and Life Coaching Services, PLLC has, set up a free 15-minute demo today!