The Secret to Being in Business for Forty Years 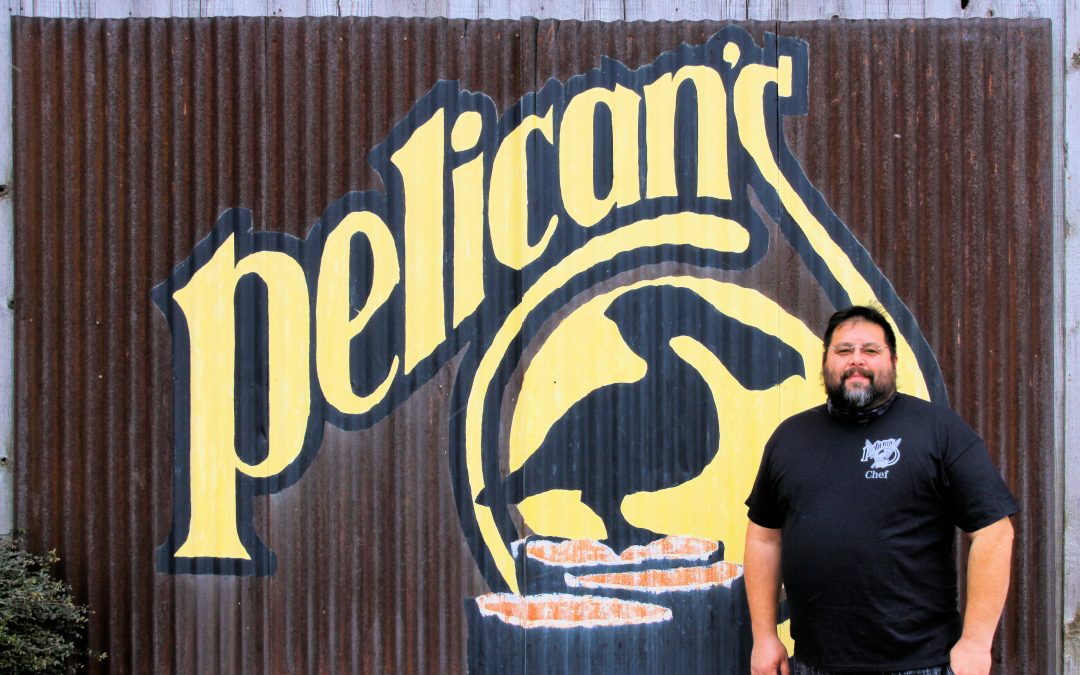 Pelican’s Restaurant in Midwest City has been around for the last forty years and they’re still going strong. Jim Dolezel purchased the restaurant back in the 1980’s and brought along his partner Tim Thelin in 1994. What once started off as a restaurant with only 14 items on the menu has now grown to over 40 menu items to choose from, and customers who keep coming back.

Adapting Over The Years 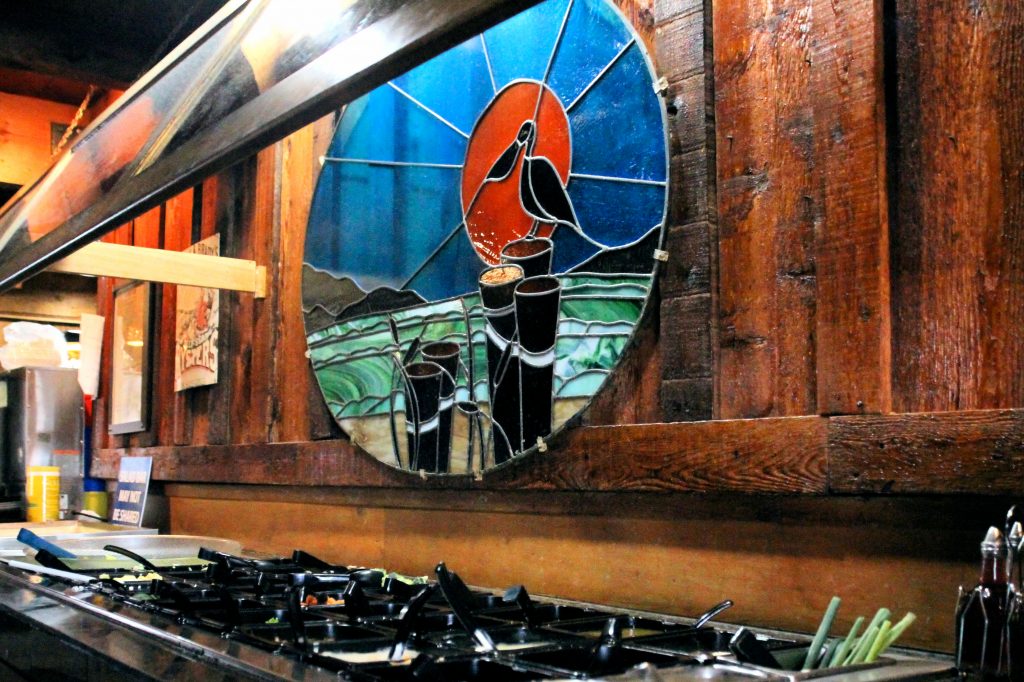 Pelican’s was supposed to celebrate big in 2020 for their 40th year anniversary, but a pandemic had other plans for them. Like most businesses, the restaurant was hit with unexpected circumstances that caused their plans to shift significantly for the year.

Covid wasn’t the first time Pelican’s was forced to adjust due to uncontrollable circumstances. In fact, there have been many changes over the years that were very scary for Pelican’s. Nearby shopping centers that used to bring in business have closed over the years, and new development in neighboring cities have taken the crowds away, one of those being Oklahoma City taking business away from Midwest City. 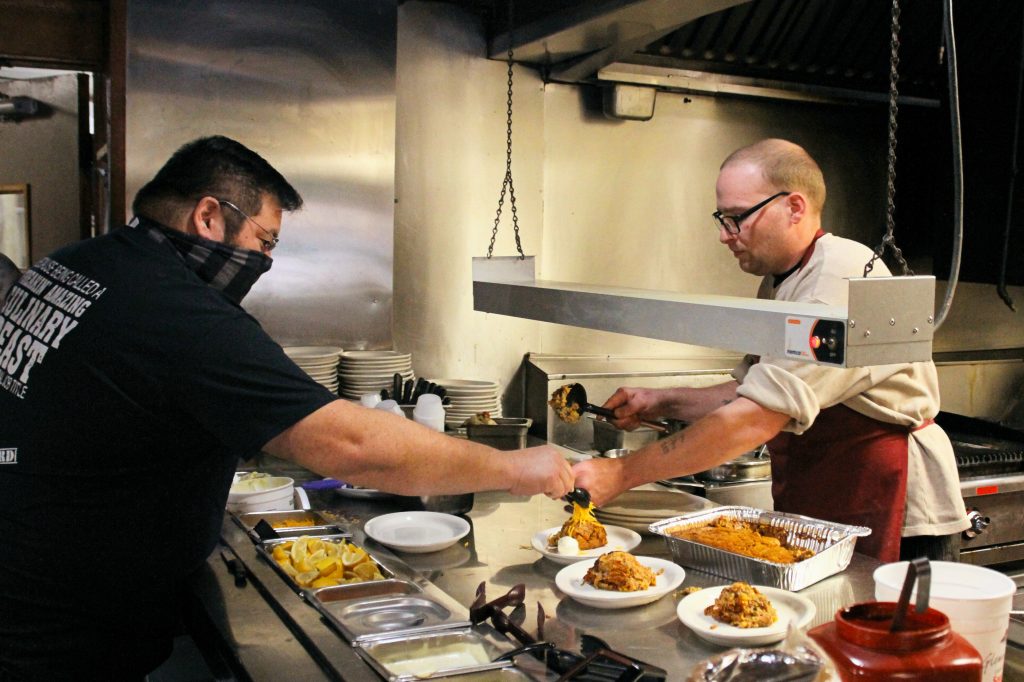 “Not sure if we’re smart for staying or too stubborn to give up”, Tim told us. He’s worked with his partner Jim for his entire professional career, and they have no plans of stopping anytime soon. Some of Pelican’s employees have stayed with them throughout the years too, and some of them have even been around for over 10 years! The dynamic of things might change, but Pelican’s is always ready to adapt and keep going.

Last year was a difficult year for all small businesses, and adapting to change was the only way to push through. Customer interactions look very different than they used to, and it’s important to be ready to adapt your customer’s needs, regardless of what they look like.

The Best Form Of Advertisement 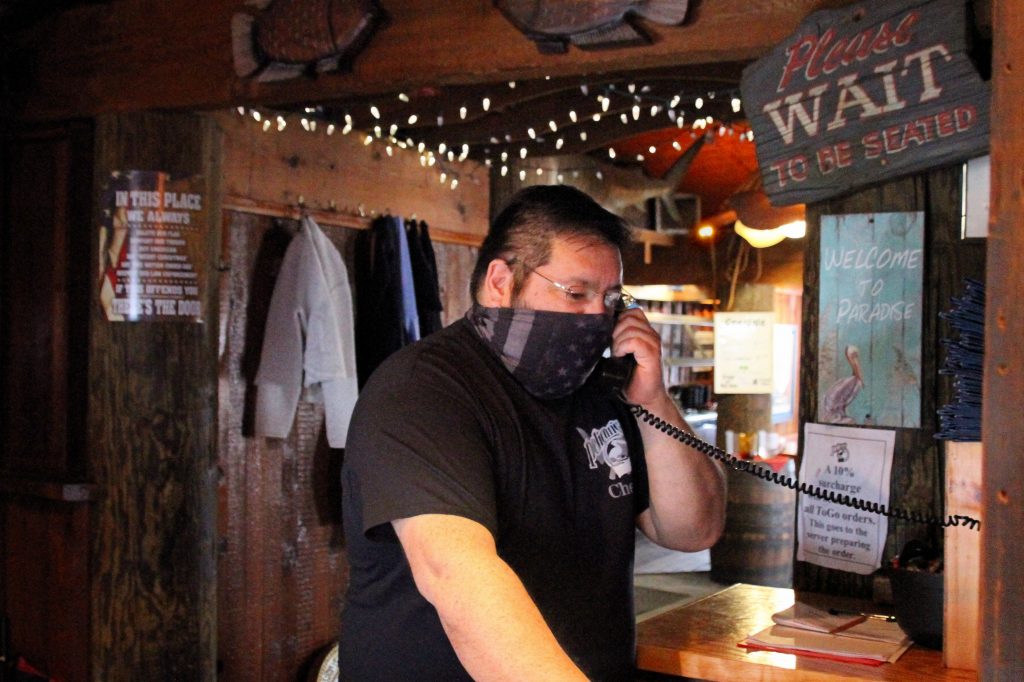 Both Tim & Jim absolutely love helping their community in any way they can, and really it’s because they’re part of the community themselves. Pelican’s participates in lots of fundraising opportunities for schools, churches, and other different organizations. “We feel like that’s a better way for people to get to know us, rather than putting an ad in the paper or paying for a radio commercial”. It’s true, the best form of advertisement is definitely word of mouth. Support a baseball team, or someone’s daughter’s dance team, “It’s a win, win situation. Good for us and good for them”.

The Food Speaks For Itself 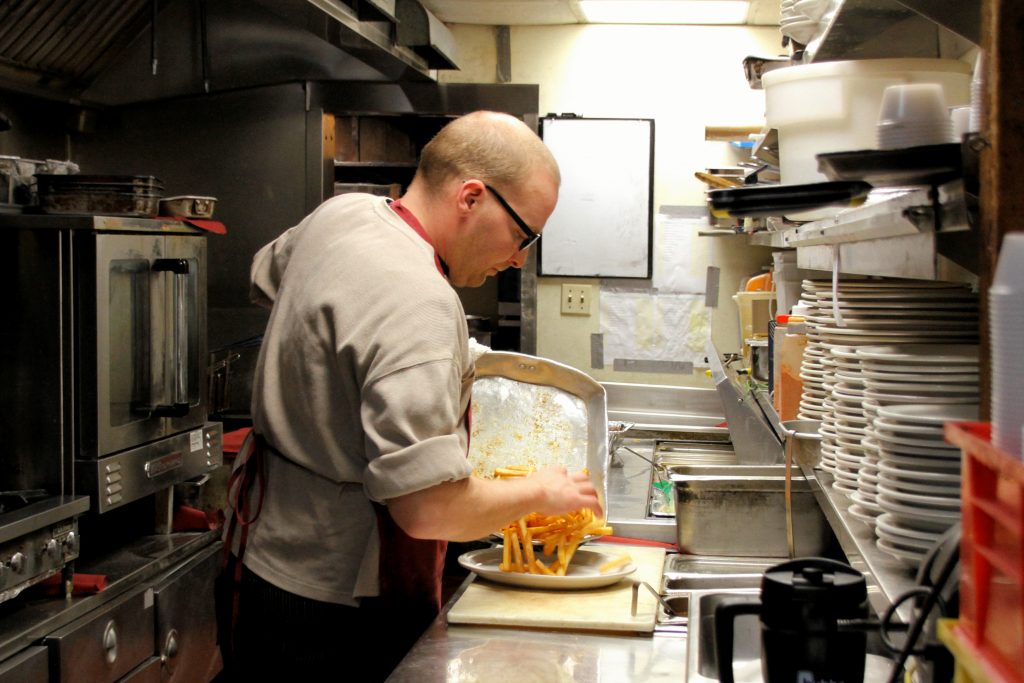 Anyone who’s had the Prime Rib at Pelican’s can agree it’s one of the best they’ve ever had. They’re also known for their chicken fingers and beer battered shrimp – “Really it’s nothing fancy, but we season everything fresh in house and people really like it”. On a busy week, they can easily sell over 200 pounds of chicken in a week, they’re that good. You can also find catfish and chicken fried steak on their menu, there’s a reason they’re known as “The Midwest City staple restaurant “. 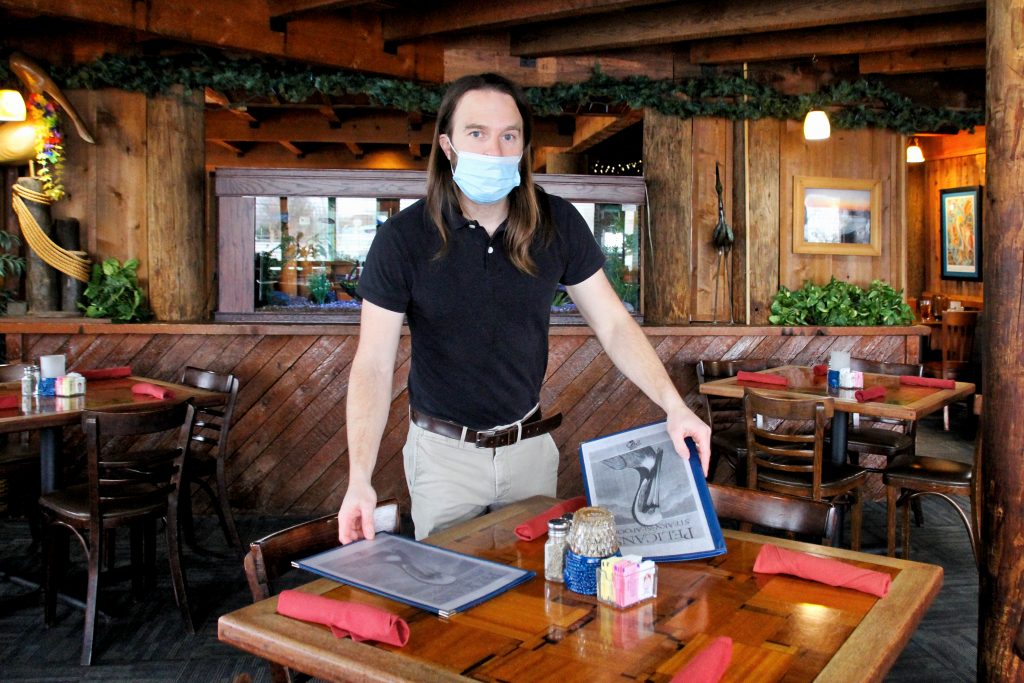 Pelican’s is a family owned restaurant, and Tim and Jim have the support of both their families and the community. “We like to think if we’ve been here for 40 years we’ve done good at providing great food at a reasonable price”, Tim said. Sure things may look different now, but that’s the reality for everyone. The difference is businesses that have been around for forty years have one secret – they know how to adapt to unforeseen circumstances, and that’s exactly what Pelican’s has done over the years. 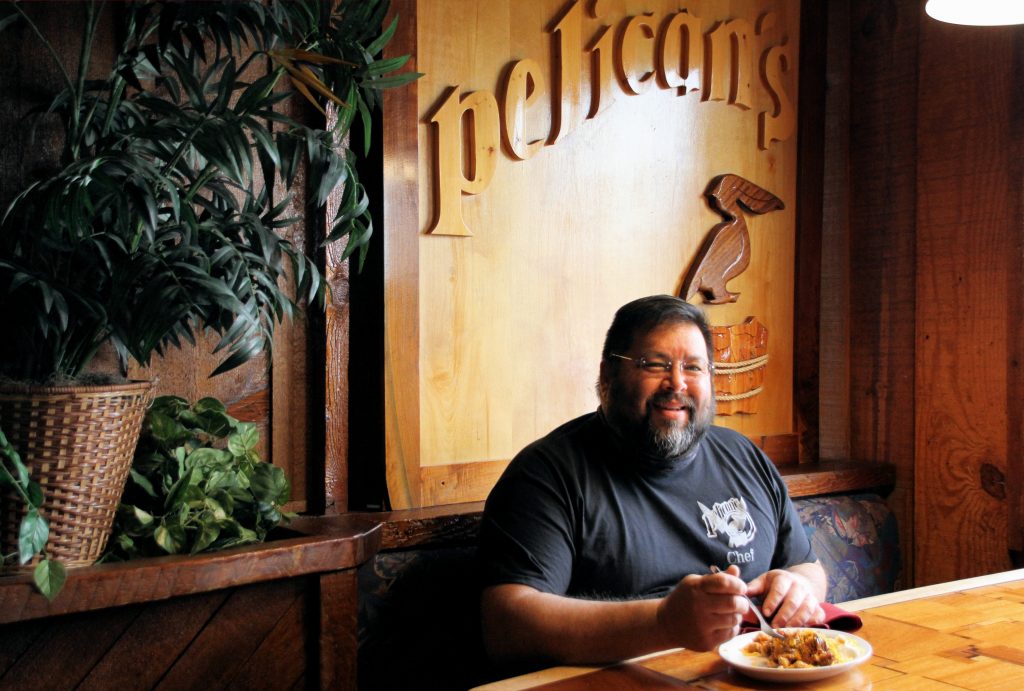 Next time you’re in Midwest City, you know where to go for a meal you won’t forget. Whether it’s the prime rib, a range of seafood, pasta or the salad bar, you’ll be happy you came. 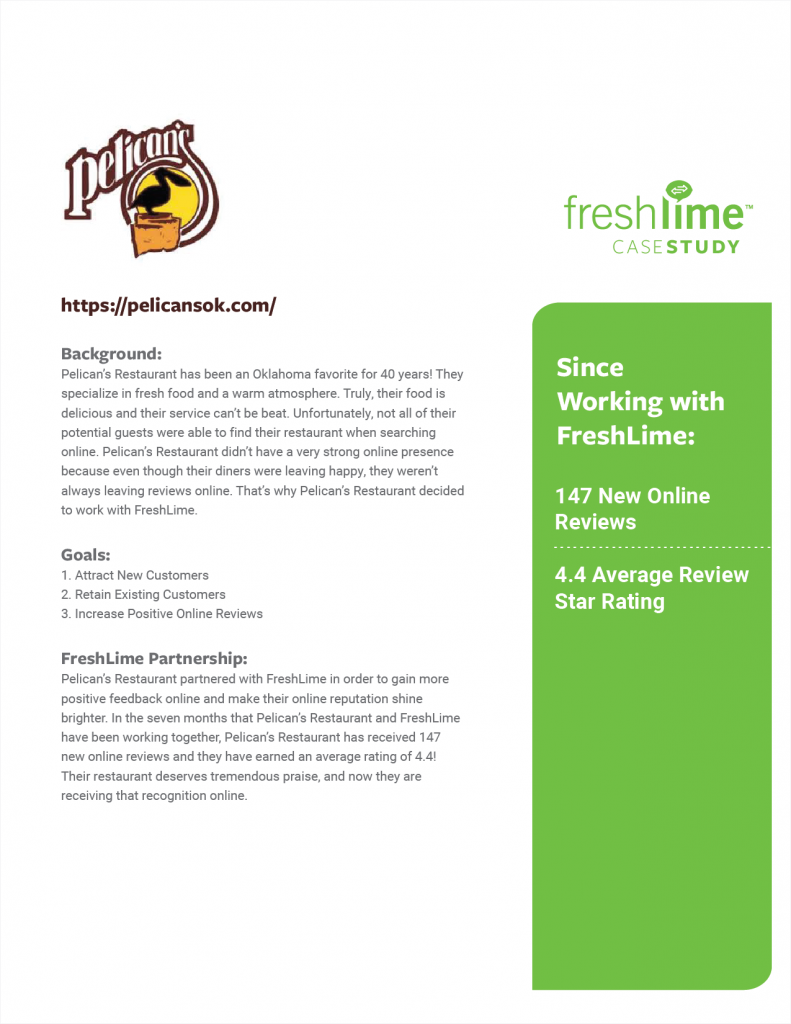 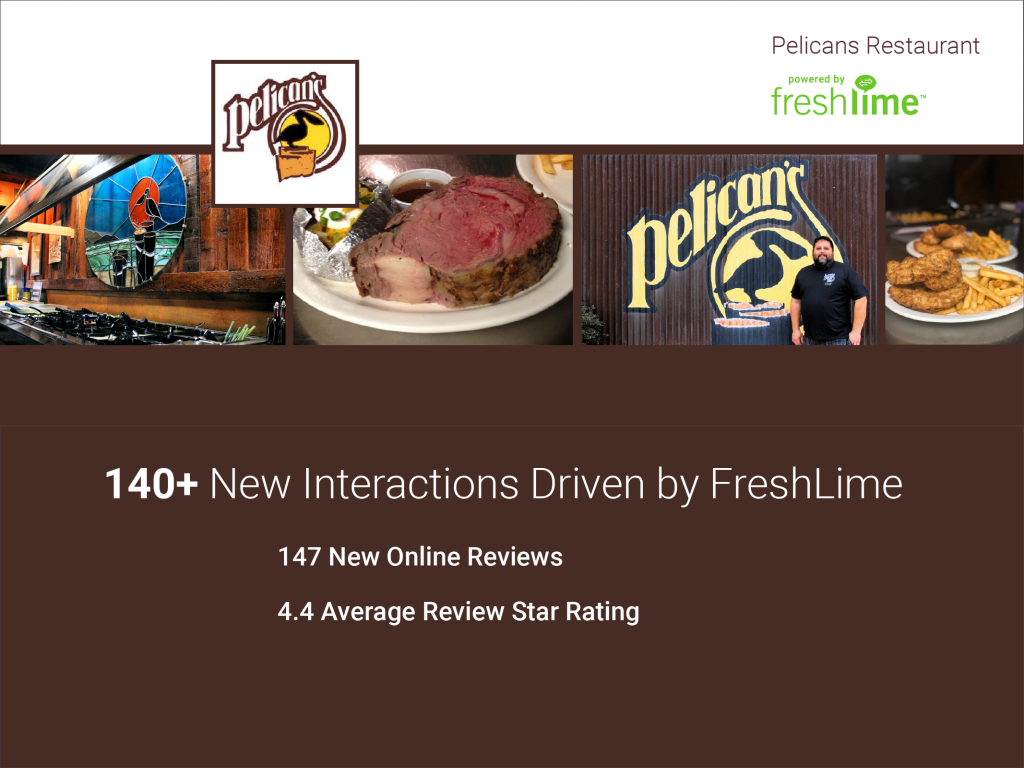 To find out how your business can benefit from FreshLime just like Pelican’s Restaurant has, set up a free 15-minute demo today!