You’re Never Too Young to Start a Business 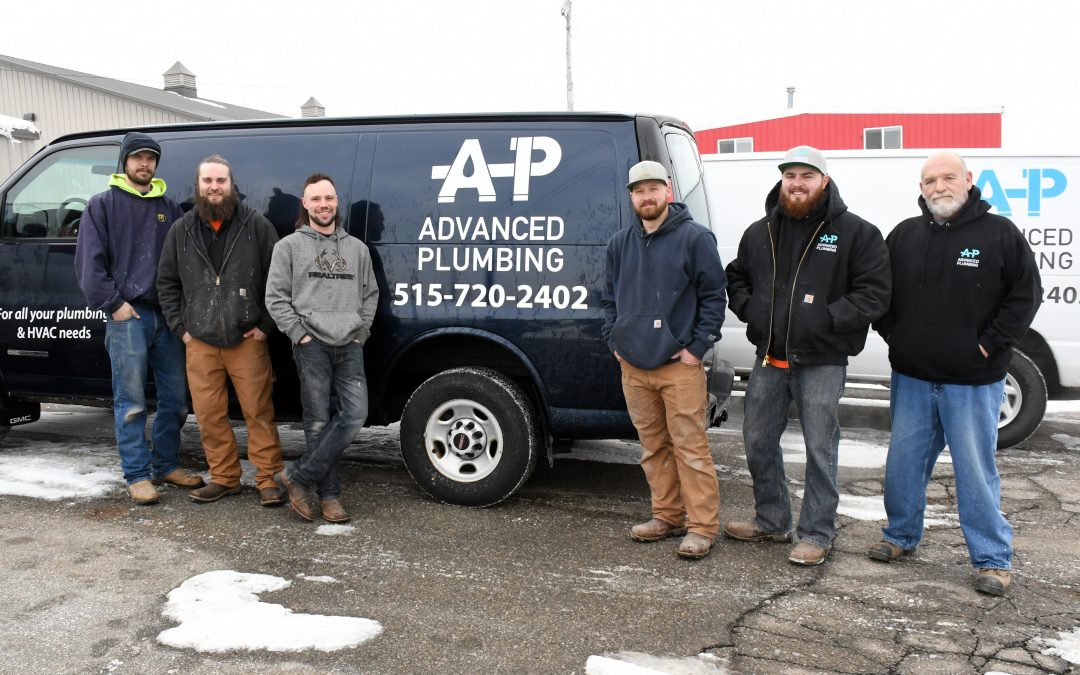 Nick McGinn always knew a job sitting in a cubicle all day wasn’t for him. After graduating from High School right around the financial crisis of 2008 and after experimenting with some college night classes, Nick decided he would go work for his grandpa instead. His grandpa Roger owned a plumbing business that was around for forty years, and it was a profession Nick was interested in learning more about. 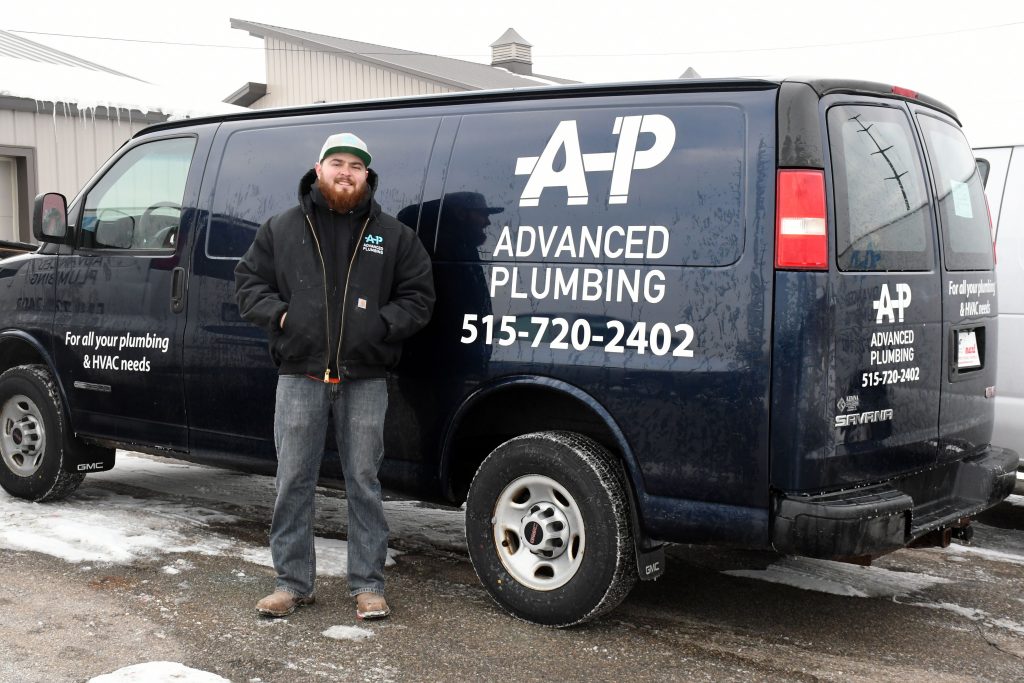 When Nick’s grandpa decided to shut down his plumbing business, Nick decided to he would venture out into his own plumbing career. His family was full of entrepreneurs, his dad even owned his own painting business. After completing his plumbing apprenticeship and working for other companies, Nick finally decided to open up his own business in June of 2018. 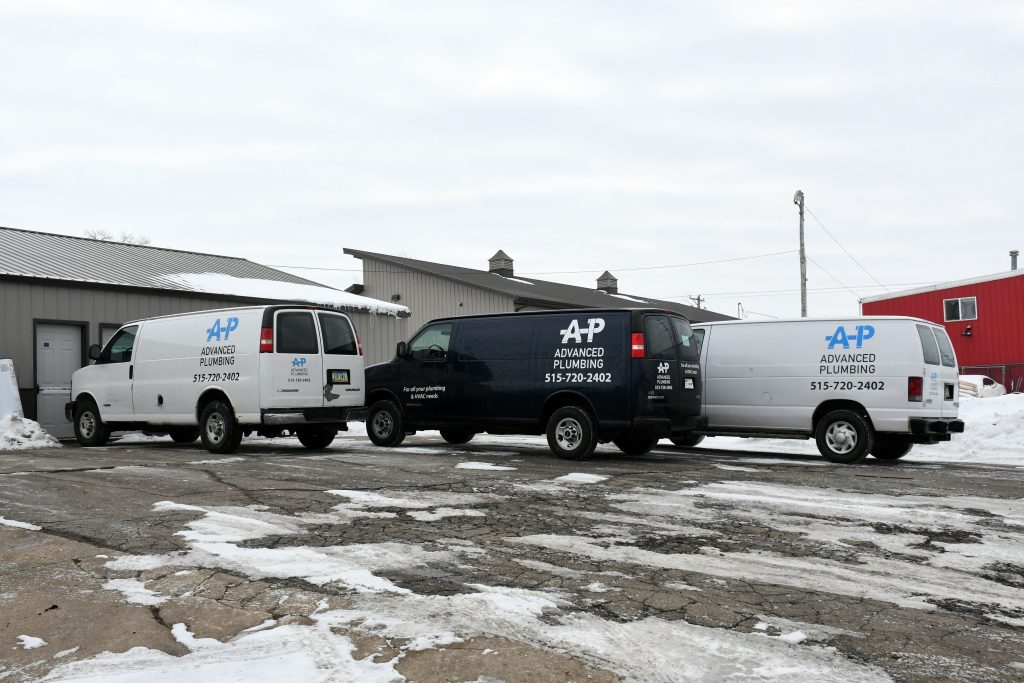 “It clicked with me after a couple of years of plumbing that I was going to be successful with it whether I started my own business or not,” Nick said. “I knew I never wanted to work for someone else.” The reality was Nick always knew he would own his own business one day, regardless of what it would take him.

The name “Advanced Plumbing” was inspired by Nick’s dad. His dad owned a painting business for many years called “Advanced Painting” and choosing this name was like a tribute to his dad. When his grandpa Roger was getting bored of retirement, Nick brought him to come work for him too, “The funny thing now is my grandpa works for me now.” It’s been fun for for Nick to be able to work with grandpa, even after all these years.

Fake it until you make it 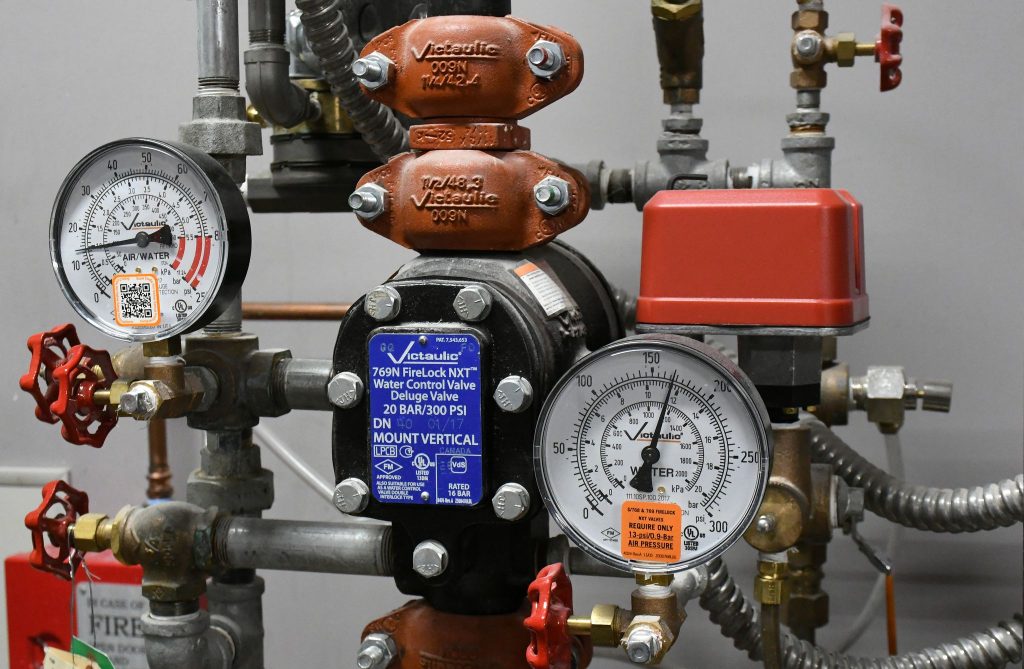 “Some days are great, some days I think man I can go work 8 hours a day for someone else and come home and not worry about anything else.” Owning a small business is not an easy task, and the reality is there will always be hard days. “I had some hard lessons, let’s just put it that way,” Nick said. He started in the industry young and had to learn some lessons the hard way. When we asked Nick what advice he would give to other entrepreneurs, he said “just slow down.” If you’re good at something, you don’t need to rush to the finish line.

Growing a Business With a Family 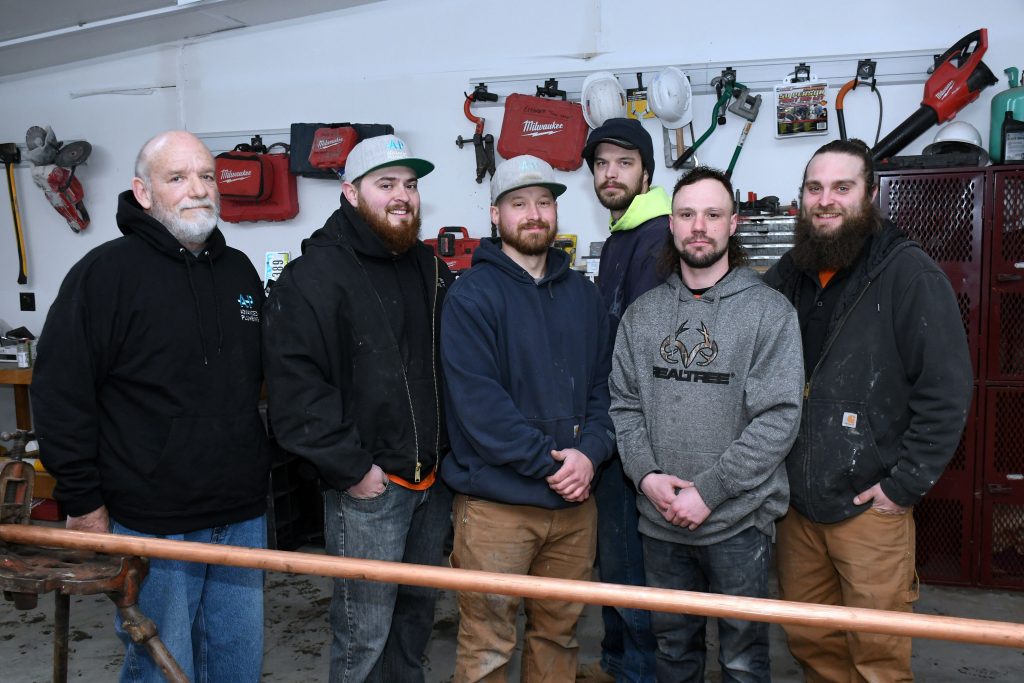 Nick is married to his sweetheart and together they have two beautiful little boys. He settled down in Iowa, just miles away from where he grew up. His business has had a lot of success in the last couple of years, and it’s really because his customers have finally found a business they trust and would recommend to everyone. That’s the secret to growing a business, loyal customers. “I still go out there and swing a hammer. I still go meet with customers everyday.” This is just the beginning for Advanced Plumbing, and they’re ready to get their name out there even more. 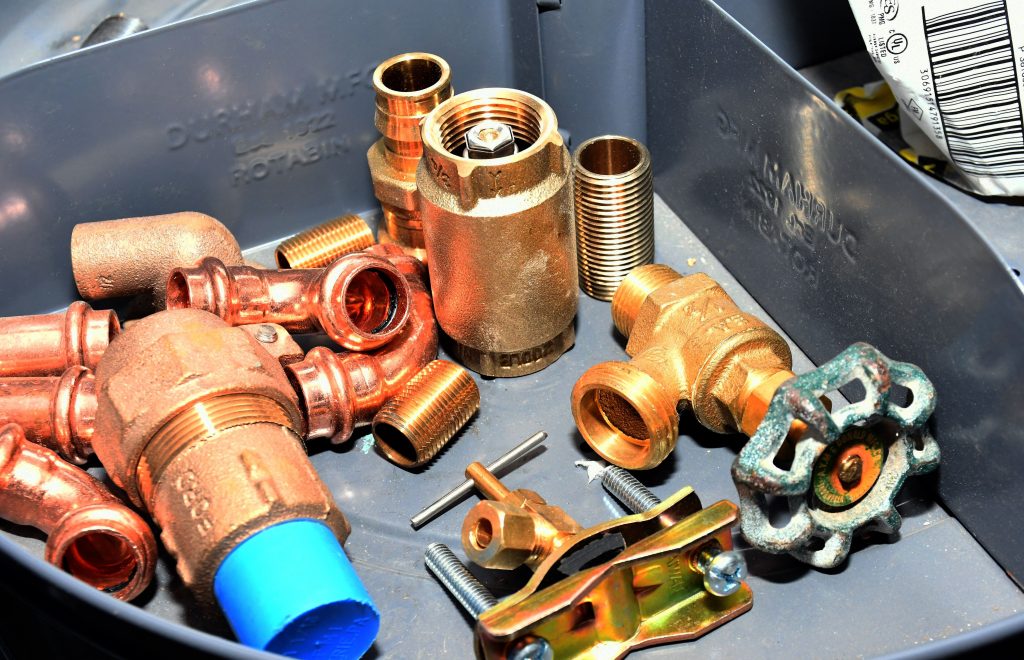 At Advanced Plumbing, customer satisfaction is their top priority. They ensure that any job they do for you, matches your vision. If you’re looking for the top plumbing company in Iowa, look no further! 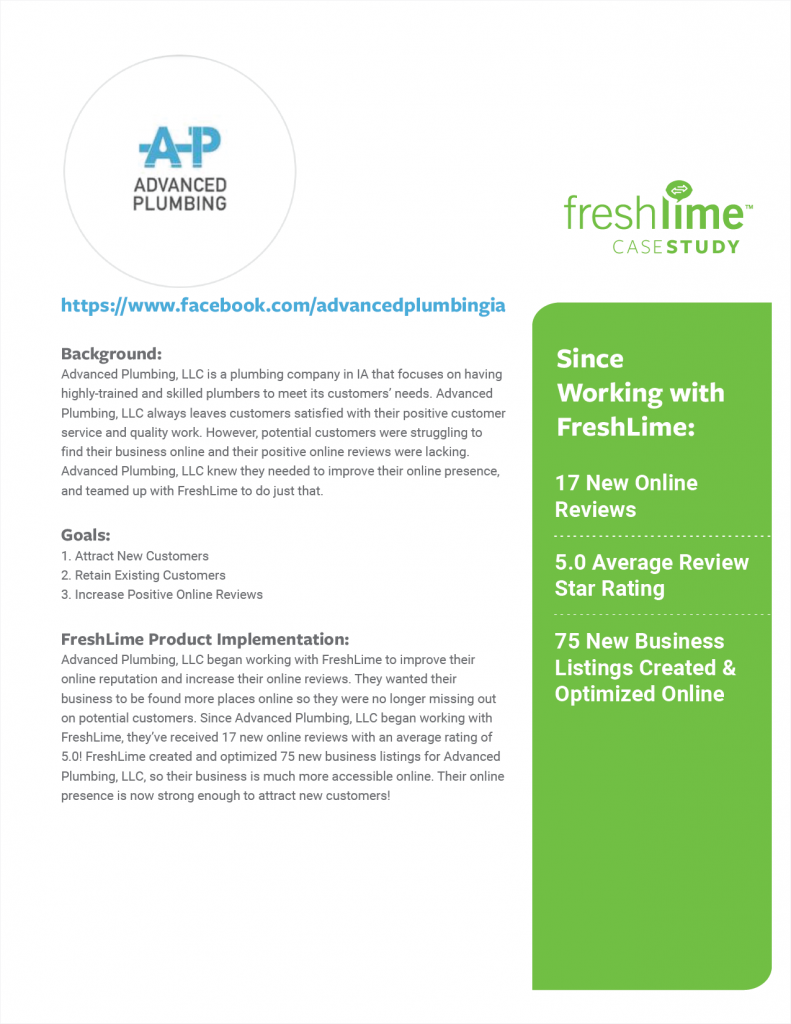 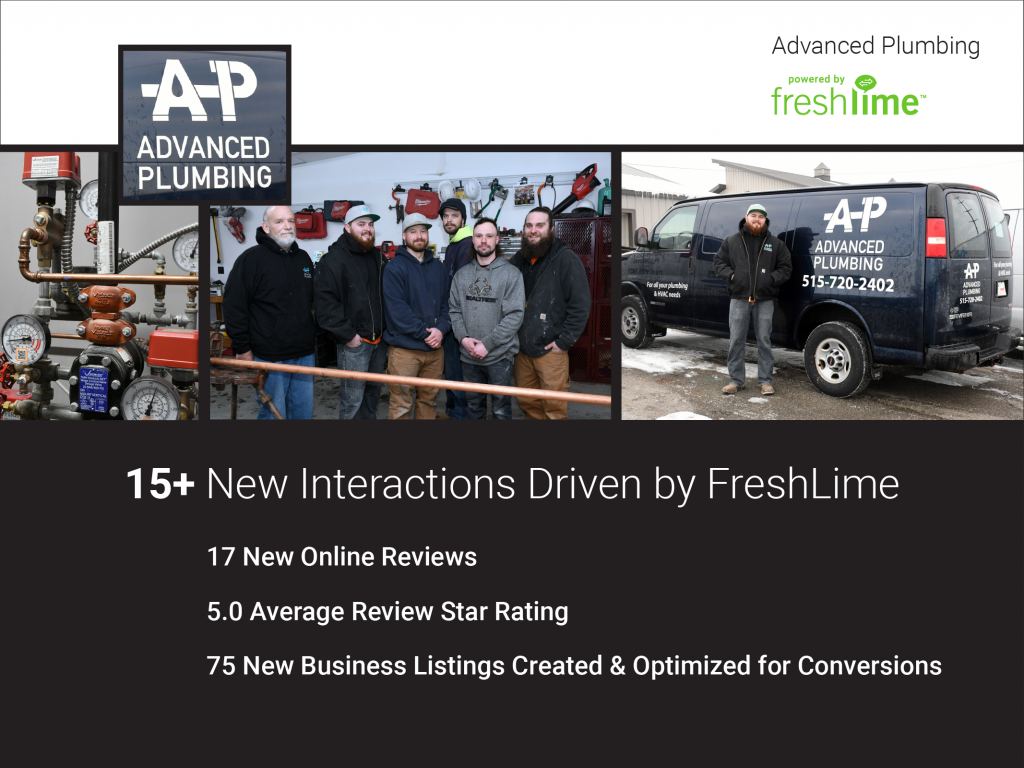 To find out how your business can benefit from FreshLime just like Advanced Plumbing has, set up a free 15-minute demo today!